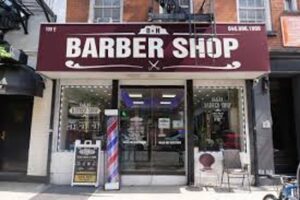 He was seventy-three and somewhat regal. His name was Vito and the proud Sicilian drove a pristine Cadillac and sported a pinky ring.

He was many things, but not mafioso.

As he slid out of the barber’s chair after his weekly shave and haircut, a thunderous crash sent glass everywhere.  The Chevy flew into the shop and pinned the recently-occupied barber’s chair against the wall—the confused driver still behind the wheel.

Once the crash victim had been taken away, Vito generously tipped the barber.